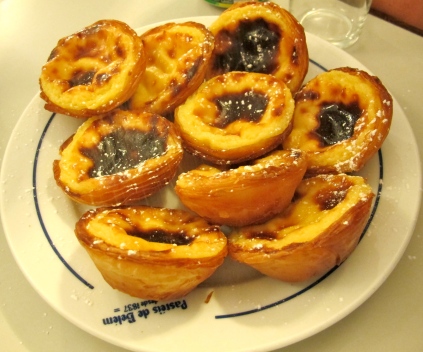 My other country, right or wrong

Living in modestly comfortable retirement outside the UK, I have looked on as aghast as anyone at the mess which has followed the lunatic Brexit vote of June 2016, and at the cast of awful characters it has thrown up. From what has felt like a safe distance, I have shaken my head in wonderment at the colourless, backstabbing weasel Michael Gove, the conceited philistine oaf and failed jester Boris Johnson, the unspeakable Nigel Farage, the slithery, patronising, impervious Jacob Rees-Mogg, the hapless Theresa May, tottering towards the tumbril with those little short steps as if her elbows have been bolted to her sides.

But while I have looked on in disbelieving fascination, I have all along felt complacently detached from the spectacle, because I live in Europe (proper Europe, not Britain), and have worked and contributed here for many years. Now that I am retired here, I get a reasonable pension from the Portuguese state which makes up the greater part of my income, and I feel not only quite lucky, but quite lucky to be a European – and not much like going back to live in Britain. And if I am a properly paid-up Portuguese pensioner, I have reasoned, surely they won’t kick me out just because I’m no longer a EU citizen. Will they?

So the logical next step is to apply for Portuguese citizenship, so that I can have dual Portuguese-British nationality. Unfortunately, any expatriate Brit with an ounce of sense has already taken care of that over the last couple of years, so lazy complacent TFSOM is joining the back of a long queue, cap metaphorically in hand. The first stage is a Portuguese language test, which I will not be able to (even try to) register for until December. After that it will necessarily be a tiresome and apparently very long bureaucratic labyrinth, but theoretically there will be an end to it one day, and I will be the proud recipient of my ‘nacionalidade portuguesa’.

It’s easy for an expat [i] to fall into a habit of mind which patronises, dismisses or is wryly amused by the host nation and its customs (and perhaps particularly easy for the British, who don’t seem to be getting over the empire very well). I have seen people shake their heads, roll their eyes heavenward and say ‘this could only happen here’ in Greece, in India, in Brazil and now in Portugal. They say it in every country, just about different things. I’ve said it myself in all the above places, including Portugal. But when I used the word ‘proud’ above it wasn’t just a manner of speaking, because as the idea of being a Portuguese national has formed over the last few months I’ve realised (slightly to my surprise at first) that I would take great pride in it. There’s a lot to like and admire here. I could start with the obvious: the weather, the wine, the beaches, the birds, the countryside (all lovely); or with the way the country has found its own way to emerge from the global financial crisis, austerity and all that [ii] (very admirable); or to be topical, with the way Portuguese environmentalists have this month stopped Big Oil from drilling off the Alentejo coast (hurrah again). But instead I’ll be taking the usual worm’s eye view of things.

I could go on, but will leave the matter there for now. It goes without saying that none of the foregoing in any way disqualifies me from being patronising, dismissive and wryly amused about Portugal whenever the need arises.

The Animal Axis of Evil 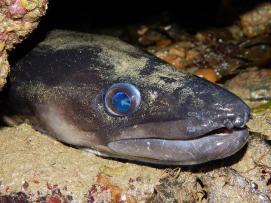 TFSOM has had to hire extra staff to deal with the flood of applications to join this den of wickedness, founded in my last post. Having narrowed the field to two outstanding candidates, the committee has been unable to separate William the Conger-eel and Genghis Kangaroo, extending membership to both.  Congratulations to them and to their sponsors Mick and Jane.

I suspect not many people ever bother to read this section, but anyway the following may amuse:

[i] It has recently come to my knowledge that the correct pronunciation both of this abbreviation and of the full personal noun ‘expatriate’ has the pat pronounced like ‘pate’ (though one source did acknowledge the peculiar British variant of pronouncing pat like ‘pat’). How long will it be before Trump tweets: “What’s wrong with these people, why did they stop being patriots?”

[ii] After a few years of conservative government collaborating with the ECB and the IMF in strangling the economy and punishing the population, in the last three years a Socialist-led coalition has dumbfounded neo-cons by increasing investment and public spending, resisting privatisations and reducing both the budget deficit and unemployment.

[iii] This was the Duke of Bragança, who is patron of the Portuguese version of the Duke of Edinburgh award, the Prémio Infante D’Henrique. A year or two ago he came to the school to present certificates. He was a pear-faced, absent-looking man, in late middle-age, with a moustache. He was well-managed by a clutch of camp, snotty little aides, but to the casual observer didn’t seem very active.

2 thoughts on “My other country, right or wrong”